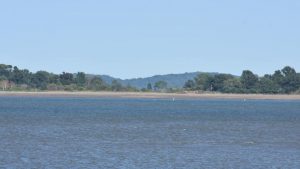 It was here at Neponset that the English Evangelist John Elliot, Author of the translated English to Massachusett Language Bible, first preached the Christian Gospel to Kitchemekin and the Neponsets. 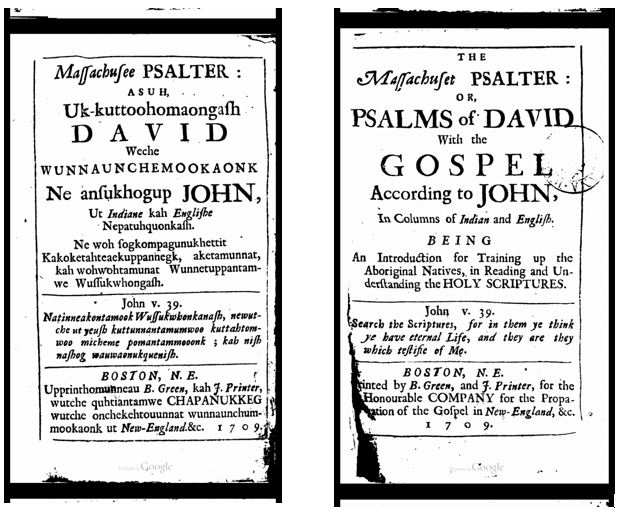 As the number of English Settlers increased in and around the Neponset Settlements, so did their desire for ownership of Neponset lands. They had no desire to share their newfound land with the local indigenous folk (or “savages” as they called them). During the reign of Kitchemekin, a murderous campaign was waged against the Neponsets by the English, who by the year 1650 greatly outnumbered and outgunned the indigenous population. The Neponsets were cheated out of their lands at Neponset and forced over the blue hills to the area of the Neponset Territory known as Ponkakpoag.

Having lost control of the Massachusett Planting Fields (on whose crops many area Massachusett bands depended), their quarries and easy access to the ocean, the Neponset families at Ponkapoag made due with fresh water fishing, hunting, trapping and cultivating smaller crops on land much inferior to the Massachsett fields. Still, the newly arrived English pressed down on them and the families at Ponkapoag were much molested. John Elliot, fearing for the lives of what he referred to as his “Praying Indians” at Ponkapoag, advocated for them and partitioned the new British Government at Dorchester to create a” Praying Indian Town” at Ponkapoag separate from the English. Elliot prevailed. At a town meeting on December 7, 1657 the town of Dorchester agreed to send its representatives to lay out an Indian Plantation at Ponkapoag not to exceed 6,000 acres of land with several stipulations to go with it including guardians who were to look out for “the interests of the Indians.” Thus, the English Officials at Dorchester reduced lands hereto still under the control of the Indigenous Massachusett at Ponkapoag to 6,000 acres.

Ponkapoag was the second Massachusett “Praying Indian Town” established by Elliot. The first being Natick whose people were similarly chased from their village at Nonantum (now Newton). Their Sac’hem Waban requested and received 2000 acres of the selectmen at Dorchester for what with Elliot’s help became the “Praying Indian Town of Natick.”