Massachusett Tribal life was matriarchal. Women of the tribe trapped small game, gathered shellfish, wild grains, greens and herbs for food and medicine. The women of the tribe owned and tended the planting fields, and preserved the harvests. The children were employed to keep the birds away from the planted fields. The women also built and owned the wetus (summer huts) and winter long houses that the tribal members lived in.

The women were also the potters and basket weavers, wood gatherers and fire keepers. Women took an active role in decision making along with the men and elders within the tribe. Men of the tribe were responsible for mining, whaling, fishing and hunting and for protecting the tribe and its territory against encroachment by other indigenous tribes.

The Quarries, Fields and Stores 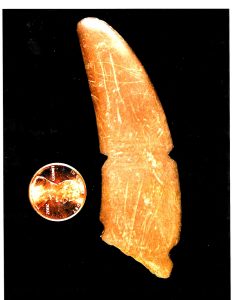 The quarries within the Massachusett Territory supplied stone, quartz and other minerals for tools, weapons, cellars, ceremony etc. Quarry stone, stone tools and weapons were also valuable trade items. All the valuable resources under Chickataubut’s control did not go unnoticed by rival tribes and raids on the Massachusett fields and resources had to be defended. Chickataubut was often challenged by other tribes from the north and west seeking to take over this valuable territory. These attempts were not successful but because of the reduced numbers of men of the tribe, defending the territory took up much valuable time, energy and the lives of fewer men who would ordinarily be hunting, mining, whaling and fishing.